Your destiny feels big, but can you step into it now?

You don’t need to “figure stuff out.”
Your destiny is already energetically there. ALL you have to do it be willing to step into it and receive it FULLY!
You don’t need to think about HOW you will get there.
Mike Dooley also calls it the “cursed hows.” The more you spend time on HOW to get somewhere, the less space for inspiration you have.
The less you are open to listening to your own guidance and the guidance of the Source of all creation.

You soul WANTS to guide you.
Your souls knows EXACTLY what the next step is.
And if you take that step, the next step will reveal itself.
You don’t have to oversee it all.
But you HAVE to be willing to take that next logical step.

So the question is: are you willing to let go and surrender?

I was thinking about this topic myself yesterday.
Second guessing my decision to move into our dream house.
Is this the best move for us right now?
Is this maybe irresponsible?
It is SO much money, and I am already behind on my tax savings. Am I now REALLY biting off more then I can chew?

And, when I ask questions like that, I am silent after I asked them. To make space for answers to come.
And they came.

My Soul talked to me. Reminded me of a story I heard the other day from Eckhart Tolle.
He felt called to move from the UK to California. He didn’t know why, but he listened to the call. And there he had space and inspiration to write his book.
18 months earlier, he already wrote down that he wanted to write the book. But not as a “goal.” He asked himself the question how he could serve more people with his message, and then he got a vision of his book in bookstores and it being a bestseller. He didn’t plan that. Energetically it was already DONE. ALL he had to do was step into it.
It took some time for the divine timing to get the inspiration to start the book. But he just surrendered to that creative process.
And when he was in California, he felt called to start the book.
He moves back to the UK for a little while a couple of months later, but the book didn’t want to come to life there for some reason. When he went back to California, he finished the book.

Eckhart didn’t KNOW why he had to move to California.
The same as I don’t know why I am being called to live in this house.
Maybe Eckhart also had some fears and doubts:

“I can’t just pack up all my things and go.
Where should I live?
Isn’t it a sensible plan to leave my family and friends behind?”

But he just listened to the call of his Soul.

I heard him say in another audio once that the book was finished JUST as he had spent his last dollar.
How is that for divine timing?

So this is what my Soul told me:

“You KNOW you felt called to go.
Just TRUST.
Everything will unfold itself perfectly.”

And the truth is, you almost never know why you are being called to do something.
And you almost never know where it leads you.
But I KNOW I can just trust and surrender and be open to what life brings me.
I don’t have to control the outcome.
THIS is what lives gives me right now, and it’s up to me to keep following the energy.
The truth is: I can be happy anywhere.
A dream house has no meaning, spiritually speaking.
But there is a reason why we are moving there.
And that reason will reveal itself in time.

Because it COULD just be that I am really called to move to the US, but that fear is keeping me here and that we have to lose everything to make that leap.
Well, that doesn’t ring true right now. But the point I want to make is this: You just never know why you are called to do something. I see a lot of people that are called to create something or do something, and they assume it will bring them money or fame or success and then it doesn’t happen.
And then they think it went “wrong.”
But Creation doesn’t make mistakes. You Soul always brings you the fastest way to grow into the person you are meant to be, the life you meant to live.
Because what it DOES bring them is insights for a next step.
It DOES add to their growth as a human being. It DOES bring them more clarity on what they DO want.
It teaches them to let go and surrender.

So for me, moving into this house feels BIG.
The same as your desires might feel BIG for you.
But I am just going to trust and surrender and follow the energy.
Listen to what my Soul wants to create THROUGH me.

And I hope this inspires you too to step INTO where you are being called. Whatever it is.
To just TRUST.
Your soul makes no mistakes! 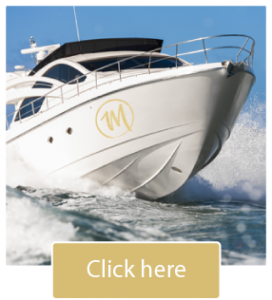